Am I the only one who thought that the lyrics to “500 Miles” by the Proclaimers included “Double adapter, double adapter”… Perhaps.

Irrelevant though this tangent may be – it begs the question as to what this post is actually about. I will keep you in suspense no longer. If the camouflage Bible sounds good to you, except that you’re illiterate, then I have a solution.

A solar powered audio Bible. Bringing hope to the nations. It’s called the “Proclaimer”. And it looks like your grandpa’s wireless. 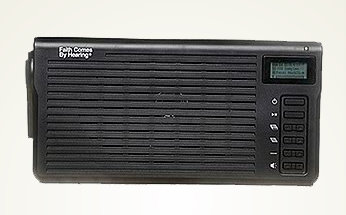 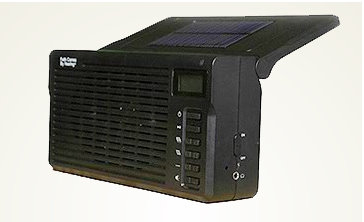 Here are some FAQs from the website… actually, I can’t imagine that anybody’s first question when confronted with this device is “how many times will it play before it dies?” My question is “why did you make a solar powered audio Bible in the first place?”

How does the Proclaimer work?

6 Comments → The Bible that doesn’t need a double adapter