Many Christians (myself included) automatically default to the cross when answering that question. I’ve decided it’s unhelpful. The cross by itself is insignificant (symbolically) – Jesus could have died on anything, they could have drowned him, burned him, or drawn and quartered him – the cross was just a functional means to putting Jesus to death. The resurrection (as Paul argues in 1 Corinthians 15) is where it’s at for Christians. If there was no resurrection I wouldn’t be a Christian – and Paul says I wouldn’t be atoned for either.

The empty tomb is a heaps better symbol. It just doesn’t look as good on a necklace. 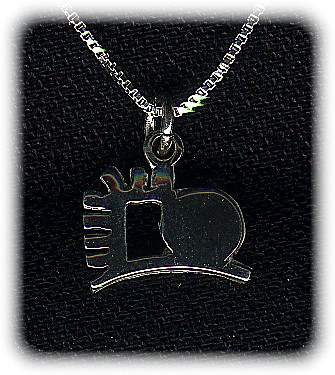 There’s a bit of a difference between “died and was raised” and “died, AND was raised” – I think too often we fall into the latter category – and indeed change our emphasis to “DIED…and was raised” – I don’t think Paul does that in 1 Corinthians 15, and I don’t think the creedal confessions do that either.
I’ve been thinking about this after a news report called Good Friday the most significant day of the Christian calendar, and following a couple of conversations, one in the real world, and the other at Gary’s blog where he warns about “bait and switch” gospels.

Haha… A pun, and an Easter pun no less – what a way to start this week’s post. I just…

The much hyped inauguration of Mr Barack H. Obama went off with just one hitch. There was a mistake in…

Apparently the God’s of Olympus celebrated Easter by chowing down on Ferrero Rocher. Depending on which camp you come from…

21 thoughts on “What is the best symbol of the atonement”