Out of the 85 percent of people who want companies to be present in social media:

The data is clear. Consumers want to have conversations with companies they care about. They don’t want to engage with corporate entities or logos, either—they want real, live human interaction and two-way dialogue with employees. And this can only be achieved with another person.

“One of the worst things any company can do is create a thriving community and then abandon it. Unfortunately, this happens all too often. Before launching new communities, Facebook fan pages, and Twitter profiles, a company must get a firm commitment from everyone involved to continuously engage in these channels. Otherwise, the company will surely be at the center of criticism and will probably be featured in a Harvard Business Review case study titled “What Not to Do in Social Media.””

“An advocate is a customer who talks about a product, service, or brand without being asked to. These customers may or may not be influential in social media, but that doesn’t stop them from talking about the brand and telling others about it.”

“In 2010, social media marketing firm Vitrue determined that the average value of a Facebook fan is about $3.60 in equivalent media each year. The firm calculated this using a wide range of clients and their 45 million aggregate fans before arriving at the $3.60 annual valuation. A couple of assumptions Vitrue makes up front are that each status update posted by the company generates an average of one new impression for each fan. It also assumes that the brand is posting two updates per day. Finally, Vitrue placed a value on each impression by assigning a $5 CPM, which translates to $300,000 in earned media per month, or $3.6 million annually, for a fan page with 1 million fans. The mathematical equation follows: 1M impressions × 2 posts × 30 days = 60M impressions 60M impressions / 1,000 × $5 CPM = $300,000 $300,000 × 12 months = $3.6M $3.6M / 1M fans = $3.60 The one flaw in this equation is that the $3.60 valuation heavily relies on the fact that the company needs to post an average of 730 status updates a year to reach that $3.60 value per fan. That’s just less than two posts per day, which is extremely high; sometimes overengagement can appear to be spam and can result in a loss of fans.”

And a bit on the amplification that social media platforms allow…

“For example, assume that company A has 1,000 Twitter followers. Every time it shares a piece of content, its potential reach is 1,000. Of course, this number will naturally grow as the company acquires more followers. The reach of the messages will increase exponentially as more followers retweet the message. If one of the company’s tweets gets retweeted 10 times and each of those followers has 1,000 followers, the total reach of that branded message would be the following: 1 tweet × 1,000 followers = 1,000 10 retweets × 1,000 followers = 10,000 1,000 + 10,000 = 11,000 total reach An engaged community that finds value in content that is shared on Twitter is likely to share that content with its own microcommunities.”

The plan this book advocates is fairly similar to that presented by Likeable Social Media.

The first two steps are pretty much described by Likeable. The strength of Smart Business is the emphasis it places on listening to what people are saying online – you can join all sorts of conversations by monitoring when people on Twitter are talking about relevant issues, and even what people in your area are talking about with a tool like Nearby Tweets.

Part of doing social media well online is understanding how people behave online, and what sort of people you want to “empower” or build systems around. The book divvies up people according to how they use the net.

The book also advocates finding advocates who will do the talking about your business for you – or, in the case of ministry, will use the channels you create to share the gospel (and stuff about your church) with their friends.

“Whatever the reason, advocates are vocal, passionate, and unafraid to praise the brand (both online and offline). In some cases, advocates even defend the brand against criticism and negative feedback. And even though they might not have hundreds of Twitter followers, Facebook fans, or RSS subscribers, the conversation with advocates about the brand is always authentic. Why? Because they’re being real and aren’t trying to impress anyone.”

You’d hope that comes with the territory of being part of a church – that should involve a significant level of personal investment.

Like every social media textbook everywhere, Smart Business relies on the premise that content is king – and that producing engaging content is fundamental to any social media success. It makes a distinction between proactive and reactive content (this distinction pretty much applies to all forms of consumer/public relations).

Proactive content gives you the opportunity to plan. This is something we do at Creek Road, because the service, not just the sermon, is defined by the big idea of the passage, we are starting to think about how we build the big idea, questions, and application, into our use of social media. This little snippet from the book is particularly useful.

“Some companies create just weekly or biweekly editorial calendars. However, it’s good practice to also maintain a six-month thematic calendar that documents and includes upcoming events, holidays, product launches, and other topics of interest to customers.”

Reactive stuff relies on having that carefully defined voice, and being quick to engage with criticism – preferably in a winsome way. It’s also worth reacting quickly to positives too, there are some great case studies in these books where encouraging and affirming people who have taken the time to engage with your product has worked to boost the good vibes involved as the interactions spread through people’s networks…

“Reactive content happens as a result of listening to conversations on the social web and responding when relevant. It can certainly include responding to comments on corporate blogs, Twitter, and Facebook, but it can also entail leaving comments on third-party blog posts.”

Here’s a “slideshare” that goes along with the premise of the book.

Smart Business, Social Business: A Playbook for Social Media in Your Organization from Michael Brito

The author, Michael Brito, writes a blog, and you can also follow him on Twitter. He’s also produced an infographic that might help you think about the web.

This book was harder going than the other two books, but it was pretty useful, especially as a companion piece providing some of the technical background and research to support the conclusions the other books assume.

Review: How to Talk About Jesus (Without Being That Guy) by Sam Chan 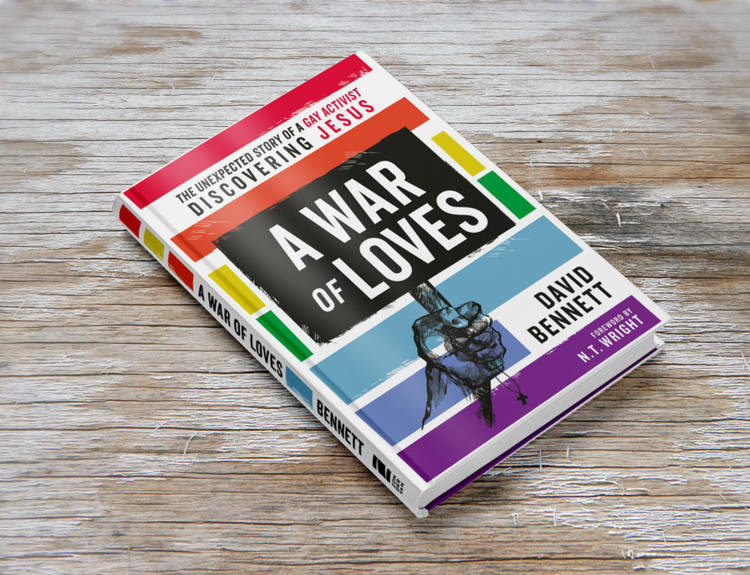