So we left part one with the turbaconucken (a turducken wrapped in bacon) sitting in the fridge ready for cooking and eating. And I don’t want to leave you hanging – it was tasty. And we’re all still alive. So it must have been cooked to bacteria killing perfection.

It started off in our oven at home – glazed with the butter/maple glaze. Uncovered for the first 20 minutes or so, and then under a foil tent – to be honest, I probably blackened it a little more than I would’ve liked. I wanted to be able to see the cooking thermometer.

We moved it to mum and dad’s, and their Weber, where it was introduced to dad’s smart probe – a bluetooth probe that sends an updated temperature to your iPhone in real time. The target number was 180 degrees Fahrenheit  And we got there. Sliced the turbaconucken, and served it up. To some acclaim. It’s fantastic as leftovers too. 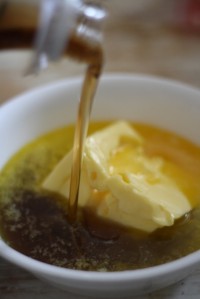 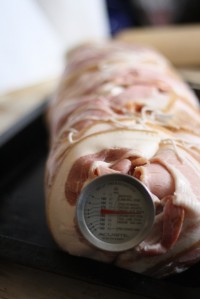 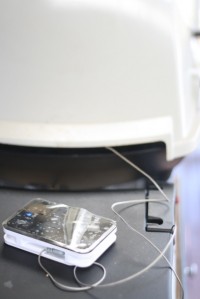 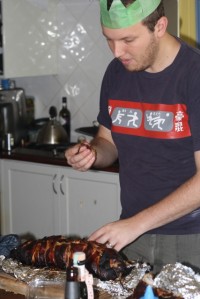 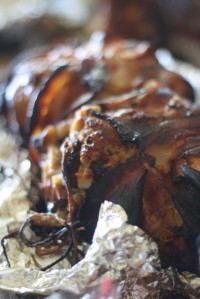 It sounds as good as it tastes…

The science of steak

The Christmas Turbaconucken 2012: Part One

On instagramming your food