I love Rugby League. I love the Manly Warringah Sea Eagles. Say what you will – but League is faster, more exhilarating, and more straightforward than the boot-strapped game of chess and stoppages that is Rugby Union.

I love league. I hate the gambling industry. It’s an awful, poisonous industry that wrecks lives – financially and spiritually. I want to make a distinction here between small stakes poker, a casual bet on the outcome of a grudge match between two friends, raffles, Melbourne Cup sweeps at lunch, and perhaps even gambling as a form of entertainment, free of greed (if that’s possible), and the industry that has set itself up on the back of our love for a punt that makes huge profits by destroying lives. I do some of those things from time to time, but mostly avoid them as a wisdom issue, rather than a moral issue. But the gambling industry thrives on creating addicts and sustaining their addictions. It takes money from people and offers nothing tangible in return. It’s a parasite.

I’m not suggesting the individuals who get lured in and caught up in the web of the gambling industry are devoid of responsibility in their decision to gamble – but if gambling stops them meeting their other responsibilities – like feeding their families, then the gambling industry, the sporting industry, and the viewing audience, have the responsibility to stop enabling that sort of destruction. Responsible gambling is an oxymoron. The nature of a gamble is that it involves risk. The nature of an industry that generates that sort of profits by taking other people’s money, and giving them nothing in return (except a cheap, momentary, thrill) is “irresponsible,” not “responsible.

What makes me saddest is that the gambling industry is all about greed – and greed is an example of the rejection of God that the Bible calls idolatry.

So now I have a dilemma. Because the game I love is in bed with this industry that I hate.

Tom Waterhouse is a bookmaker who has signed a multi-million dollar deal with the NRL and Channel 9 to be a broadcast partner of the National Rugby League. That’s $50 million, and $15 million, that Waterhouse’s company has ripped out of the pockets of Australians – a fraction of their profits, and presumably a fraction of the money they stand to make from the arrangement.

Somehow this deal earned him a seat at the table when it came to 9’s coverage – he became a commentator, and his contribution was helping gamblers understand the various implications of Friday night’s game between the Brisbane Broncos and the mighty Sea Eagles (who won, in a thrilling second half comeback).

I didn’t catch the Tom Waterhouse Show on Friday night because I was at the game. Live. With my daughter.

It was her first game of football – and I’m very much looking forward to indoctrinating teaching her about the game, and how to appreciate it (even if Robyn wants her to love that other code).

Sadly, I won’t be able to do that using Channel 9’s coverage. There’s a bigger question about whether or not I’ll be able to teach her about any professional sport if the continued enmeshment of sport and gambling goes unchecked, that’s a deeper issue that needs a resolution, but the “in your face” nature of the coverage is an immediate concern.

I’m not into censoring too much when it comes to parenting – I’m happy to sit down with my daughter – and her yet to be born sibling(s) – and talk about what we watch together. I’ll do that with all sorts of cultural texts, because I want my kids to learn about the world we live in, and to be able to critically engage with the arts.

That’s something I’m really looking forward to – I want my kids to be able to parse cultural texts for meaning, and I want them to be able to use culture to reach people with the gospel.

Sadly, thanks to Channel 9’s decision to get in bed with an industry that destroys lives without remorse, their coverage of the Rugby League will now be one of those things I keep away from my kids until they’re in their teens. And by then it might be too late. By then they’ll probably love Rugby Union or some other inferior product.

I can appreciate that some parents prefer to keep harmful ideas away from their children. But that’s not my style. Obviously there are certain things that I want to introduce them to at certain points of maturity – and I think the secular classification board does a pretty good job at picking what is appropriate for different ages, and we’ll probably err on the side of caution.

But that’s not really what’s behind my thinking.

I’m not shielding my kids from gambling – I hope they’ll be sensible enough to understand how to approach concepts like “responsibility” and “greed”… But I don’t think I can be a responsible participant in society if I teach my kids that it’s ok to benefit from exploiting others.

I don’t mind talking to my kids about gambling, money and greed from the moment they’re born – I don’t even mind the casual bet with a couple of mates about the outcome of football games – but I refuse to take part, as a viewer, in enabling the destruction of lives. And I don’t want to model any sort of support for this selling out of others for my own entertainment or financial gain to my kids. Turning 9’s coverage off is one of the ways I’m going to make a stand.

Gambling is poisonous. It trashes lives. It tears families apart. Plenty of people have pointed out that the head of 9’s commentary team is a recovering gambling addict, and the face of the NRL – one of the game’s most scintillating players, has just checked in to a facility to deal with his gambling addiction which has left his life, and his family’s life, in tatters.

This decision by Channel 9 to throw people under the bus for the sake of their crumbling bottom line is a horribly tangible example of how broken our world is. They’ve taken a great thing – sport – a gift from God. And trashed it. And used it to trash lives. For their own gain.

Here’s what he says in 1 Corinthians 9…

“24 Do you not know that in a race all the runners run, but only one gets the prize? Run in such a way as to get the prize. 25 Everyone who competes in the games goes into strict training. They do it to get a crown that will not last, but we do it to get a crown that will last forever. 26 Therefore I do not run like someone running aimlessly; I do not fight like a boxer beating the air. 27 No, I strike a blow to my body and make it my slave so that after I have preached to others, I myself will not be disqualified for the prize.”

Sport is good – Paul says physical exercise is of some value – but what really counts in life is your spiritual health (1 Timothy 4:8). The real tragedy of Channel 9’s awful decision to enable problem gambling is that they’re taking something good, and not only not keeping it in perspective with eternal, spiritual matters – but they’re using it to destroy lives both physically (as families fall into poverty) and spiritually, as people get trapped in a cycle of greed that leaves them rejecting the God who made us, and sport – to serve the pursuit of money through a system that is rigged against them, and only works if people lose more than they win.

5 For of this you can be sure: No immoral, impure or greedy person—such a person is an idolater—has any inheritance in the kingdom of Christ and of God.

24 “No one can serve two masters. Either you will hate the one and love the other, or you will be devoted to the one and despise the other. You cannot serve both God and money.

He says this off the back of saying that storing up wealth now – pursuing wealth – is stupid because it’s not going to last. And that’s the real stupidity at the heart of gambling – it’s about taking huge risks for long odds on short term rewards. Even if you win now – the one certainty is that when you die, your winnings aren’t going with you.

Gambling is hopeless. It comes out of brokenness and leads to more brokenness.

Without Jesus, not gambling is a good idea for your personal finances – but it ultimately leaves us less poor,  still broken, and still losing at the end, when we die.

Jesus gives hope. And his life offers a real solution to brokenness. And a safe investment.

19 “Do not store up for yourselves treasures on earth, where moths and vermin destroy, and where thieves break in and steal. 20 But store up for yourselves treasures in heaven, where moths and vermin do not destroy, and where thieves do not break in and steal. 21 For where your treasure is, there your heart will be also.

I love this Colin Buchanan song about the real hope Jesus offers (on Spotify) (or YouTube).

I hate the gambling industry. I hate that it preys on the weak and vulnerable with almost Darwinian antipathy leaving the weak weaker, and the poor poorer, and I hate that its insidious poison can turn functional and successful people into train wrecks who wreak havoc on the lives of those who love them. So there’s no way I’ll be able to watch Channel 9 destroy lives each week.

Here’s an ad from GetUp exposing some of the rhetoric the pro-gambling types use to justify the destruction of lives for financial gain after the NRL sided with the pokie industry when the Australian Government wanted to do something to make gambling more difficult.

Until Channel 9 extracts itself from this situation where its participating in the destruction of Australian families, undermining everything that’s great about sport, I’ll be listening on the radio or signing up for Foxtel. It’d be nice if the NRL stood up too and separated itself from the poison that threatens so many of those involved in the game – and the people who watch it and look up to its stars – rather than buying into the same greed that fuels that brokenness and perpetuating the problem. 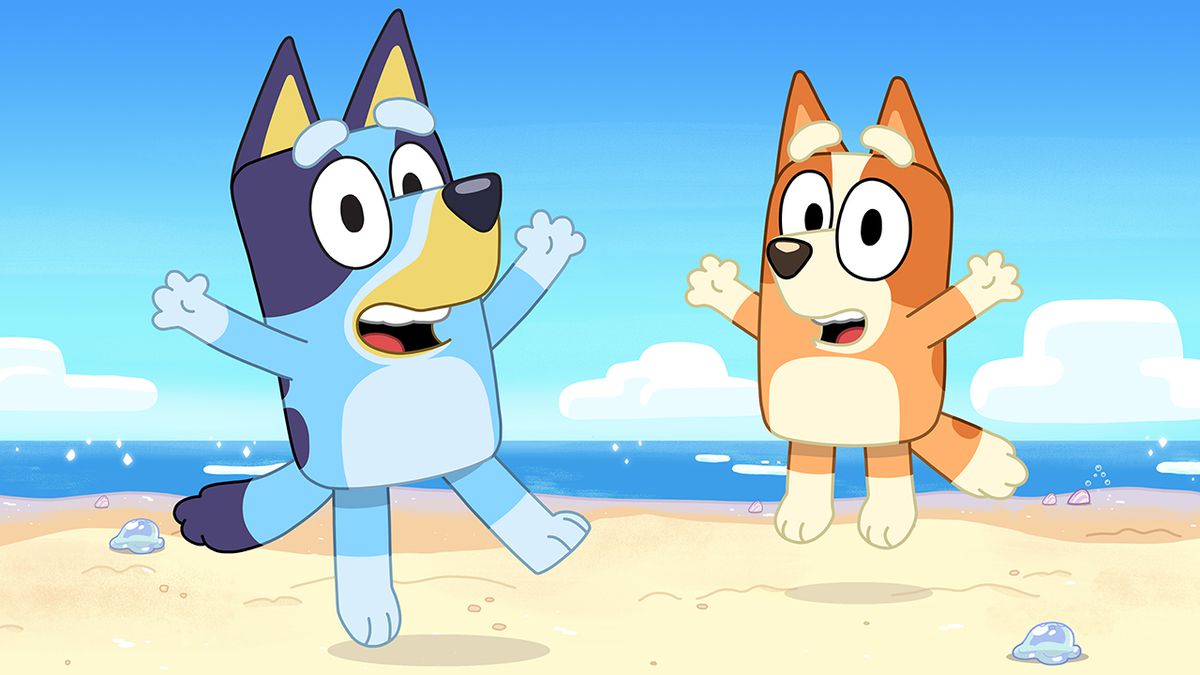 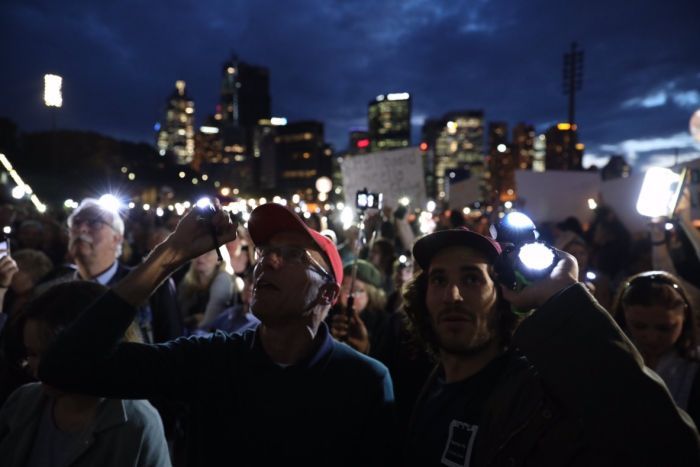 Don’t forget the torches — light trumps darkness: learning about politics and life from some imaginative protestors