Just a heads up — there’s an image at the end of this post that’s incredibly shocking. But that’s absolutely the point and you need to see it. 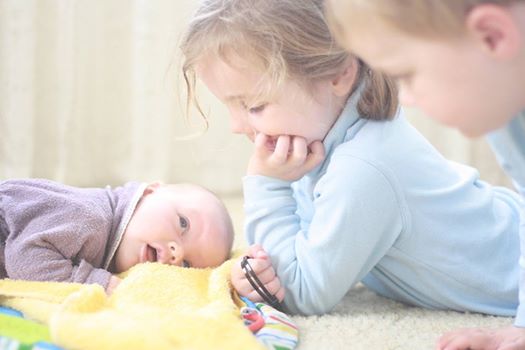 I have a three year old daughter. Her name is Sophia. I love people to know about her, to hear about her, and to meet her. Because she is a delight. A living breathing smile. Mostly. A picture of much that is good about the world. A delight, but at times, a terror. Her behaviour is so typical of the mixed bag of humanity, one moment she’s cuddling her little sister, the next she’s sitting on her little brother. The same voice that sings beautifully jangled jingles from Disney movies and Colin Buchanan, and Playschool, is occasionally used for dishonesty, but also for honest apologies and that sweet phrase “I love you”… I’ll never tire of that. I see so much of what is good about life and humanity in my kids, and I hope others do too.

Kids are precious. My three year old is precious to me. But she’s not just a terror, she (and my other two children), terrify me. Or more specifically, the thought of something horrific happening to them terrifies me. I’m a significantly more anxious person now that I’m a parent. I’ve taken to caring more for my own well being simply because I want to be around for longer, but there’s this enhanced sense, or an enhancement of my senses, that comes with this new role, and responsibility, to keep my progeny safe and breathing, and to give them whatever I can (but not whatever they think they want) to enable them to flourish in this world. I want them to seek refuge in their home, in me and my wife, and ultimately in God. My children need refuge, they need a home, they need security. And I want to provide that through whatever means possible.

I say this all because despite my heart being so caught up with the delight, and the terror, of parenting, I can’t begin to fathom the life of parents whose existence is so fraught that they must risk their own lives, and the lives of their children, to seek refuge elsewhere. Families like the Syrian family of three year old Aylan Kurdi, whose body just washed up on the shores of Turkey.

We need to do better. The international refugee crisis is a massive and complex issue. There’s no easy solution. But the thing that will stop us finding solutions is the comfort that comes from not being confronted by these issues.

I was trying really hard not to see the picture of Aylan on social media today because I knew it would make me feel incredibly uncomfortable. And it did. But I’m thankful for the people sharing it because me feeling comfortable, and others feeling comfortable, with not paying attention is what stops change happening.

This is Aylan Kurdi. He was three years old. Just like my Sophia. And his parents wanted the best possible life for him. Just like I do for my kids, and if you have kids, just like I hope you do for yours.

This is Aylan Kurdi, who will no longer delight his parents, but instead will bring them grief as their terror is realised. Their very worst fear. UPDATE: It turns out his mother and brother also drowned. Tragedy upon tragedy. Grief upon grief.

This is Aylan Kurdi on the shore of a Turkish beach. Shores where the Gospel washed up with the Apostle Paul back in the first century. Shores close to the churches who received John’s letter of Revelation.

I hate death. And this is a universal tragedy. It transcends religious belief and it feels trite to get all preachy in response. But I have nowhere to turn but God when this sort of tragedy happens. Nowhere but God and his promises for a better, death-free world. No thing to turn to but writing, the attempt to articulate my hope for a better future — as an alternative to grief and despair.

Here’s what John records as a promise from Jesus at the end of his letter, in chapters 21 and 22.

“I heard a loud voice from the throne saying, “Behold, the dwelling place[a] of God is with man. He will dwell with them, and they will be his people, and God himself will be with them as their God. He will wipe away every tear from their eyes, and death shall be no more, neither shall there be mourning, nor crying, nor pain anymore, for the former things have passed away.”
And he who was seated on the throne said, “Behold, I am making all things new…
…He who testifies to these things says, “Surely I am coming soon.” Amen. Come, Lord Jesus!”

But in the mean time, we can do better, but only if we are confronted with pictures and stories like this and forced from our comfort.

6 Comments → His name was Aylan Kurdi