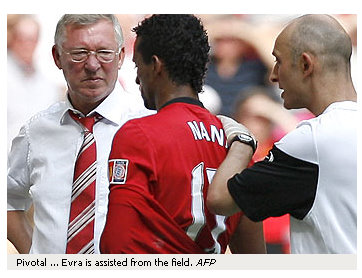 I am back. Camp was good, more on that shortly.

But first things first – I was reading through my unread items in Google Reader and game across these gems – right next to each other.

Two media organisations reporting on the same set of circumstances with vastly different interpretations of the facts:

In fact – both stories report almost exactly the same statement from Ninness – without making any editorial judgment on his stance, except in the headline.

How is this so?

Can you spot the problem with the following sentence from this story?

“Rumoured to of signed a four-year $450,000-a-year deal with the Sea Eagles back in 2005, Orford would likely have to take a pay cut to remain on the northern beaches with the club battling to reward last year’s premiers and remain under the salary cap.”

If yes, please apply for a job sub-editing Fox Sports Online. The story was from AAP so if you want to be a journalist go get a job there.