So, apparently the US Congress might not have declared pizza to be a vegetable afterall – though that’s been the public perception of their move to identify pizza as a healthy lunch time snack for school children… that’s neither here nor there though. Because you’ll still totally want one of these pizza sleeping bags… The same seller has this nifty bacon scarf which is complementary, rather than complimentary. Or whichever one isn’t free but goes well with the other… Unequivocal proof that pizza is both delicious and a learning aid. You’ve got no excuse for unevenly sliced pizza with these bad boys.

That is cool. But cutting pizza with lasers is, well, cooler. 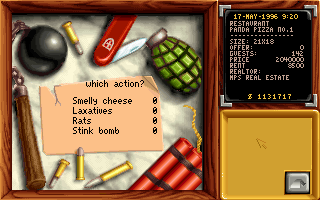 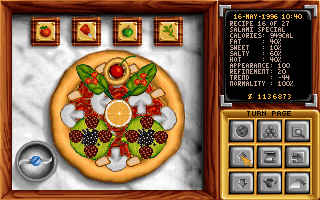 This will, doubtless, help you cut your pizza in even sized slices. One of the coolest things about moving to Brisbane was discovering Pizza Capers. They’re pretty expensive. But they do cool flavour combos. But if I was on about their pizzas in this post I’d have capitalised the C in the title.

We’ve been working on our homemade pizza skills recently, and I’m pretty happy with my bastardisation of a Pizza Capers creation.

Mmm. Delicious. But tangential to my actual purpose of posting. Firstly, I wanted to know what good topping options are out there. And secondly, it seemed an appropriate way to share this video. My next step in pizza making…

Chow (a food blog) interviews people who are obsessed about particular foods or beverages and posts the videos as a regular feature. People who love what they do are fascinating.

Here are a few.

I wore my maths shirt to college this week because it has a Greek letter on it. I might have to splash out on this one so that I can fill all my days with π humour.

A bunch of mathematicians (no doubt uni students) have attempted to solve the dilemma of distributing pizza slices evenly to people who have made equal contributions to the pizza buying cause. This article explains.

The problem that bothered them was this. Suppose the harried waiter cuts the pizza off-centre, but with all the edge-to-edge cuts crossing at a single point, and with the same angle between adjacent cuts. The off-centre cuts mean the slices will not all be the same size, so if two people take turns to take neighbouring slices, will they get equal shares by the time they have gone right round the pizza – and if not, who will get more?

It’s complex. Apparently. If you have two diners, and the pizza is cut an even number of times, the trick is to take alternate pieces.

It has been known since the 1960s that when N is even and greater than 2, an answer to the first question is for Gray and White to choose alternate slices about the point P of concurrency.

The conclusion – from the paper that’ll cost you $20 to buy – was this:

One can only assume all this would be easier with one of these plates.

No, not Pizza pockets… those are an entirely different, and entirely less awesome thing…

Dominos has just launched its iPhone application allowing you the power to order pizzas from your phone… oh wait… we’ve always had that power. 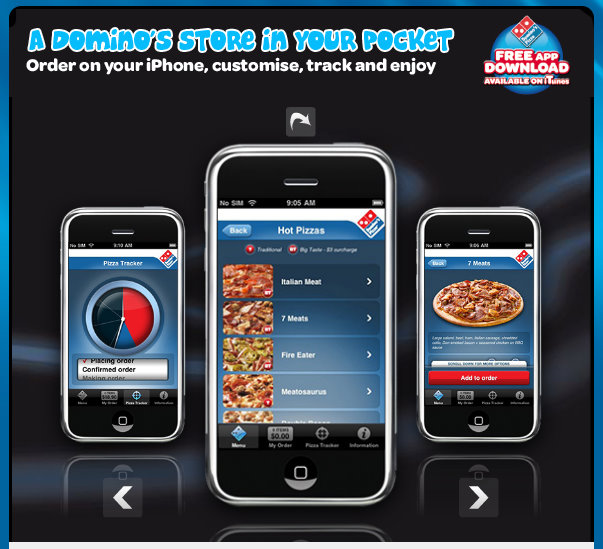 But now, we don’t have to talk to people, and that can only be a good thing… here’s a screenshot… 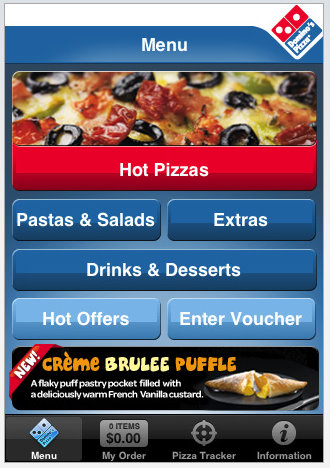 No posts yesterday. I’m a slacker. Actually, it’s quite the reverse. I was busy. I’ll try to rectify this today.

Round two of my little “cooking school” is happening tonight. We’re doing gourmet pizzas. By popular demand. Anybody got a favourite pizza topping/strategy?

Oh, and check out this cool optical illusion…

Find out what’s so special about it here.

Want to make your own logically tasty Sudoku pizza? Here’s how.