We’ve spent our first couple of days in New Zealand in and around the city known by airlines all over the globe as Chch. Actually that’s not true. By Australian standards we’ve been around it – but two hours travel in New Zealand is a relatively long distance. In the truest sense of the word. Relatively that is. Whether or not it’s the truest sense of the word distance is a subjective matter and for you, the reader, to decide. 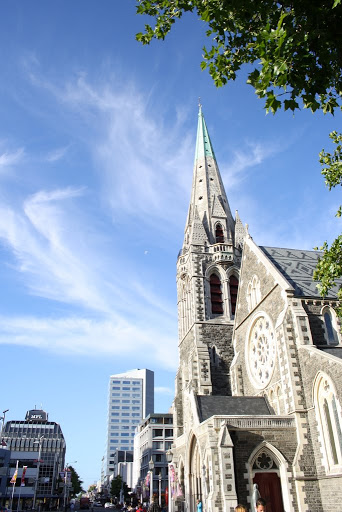 Christchurch is a city that resonates with me. Maybe it’s the name – which for a Christian is about as theologically “home” as I can be. It feels like Melbourne – or at the very least the block we’re staying in does. Other parts feel decidedly country townish. The fact that the sun doesn’t go down until 10pm makes the CBD feels a bit like a ghost town. 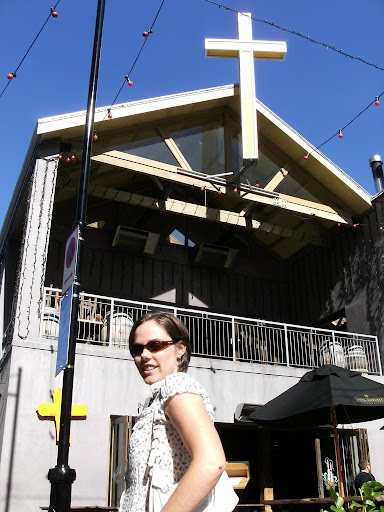 Christ's church? Even the pubs get on theme in Christchurch.

The surprisingly large number of cafes and restaurants are still closed for the Christmas period adds to that effect. But there are some nice bars, cafes and pubs within the immediate vicinity of our accommodation, and a nice creek/river/brook running through parks around the city centre making the city aspect altogether pleasing. Trams are another similarity with Melbourne. The restaurant tram would be an interesting experience I’m sure – but our desire to see New Zealand without breaking the bank meant tonight’s dinner at least was bolognese – with the ingredients picked up at the local “Pak’n’Save”… which is a grocery experience unrivalled by anything I’ve seen in Australia.

I mentioned the Honey Pot in my last post – but their open grill sandwhiches deserve another plug for outstanding flavour combinations, especially the homemade chutney. 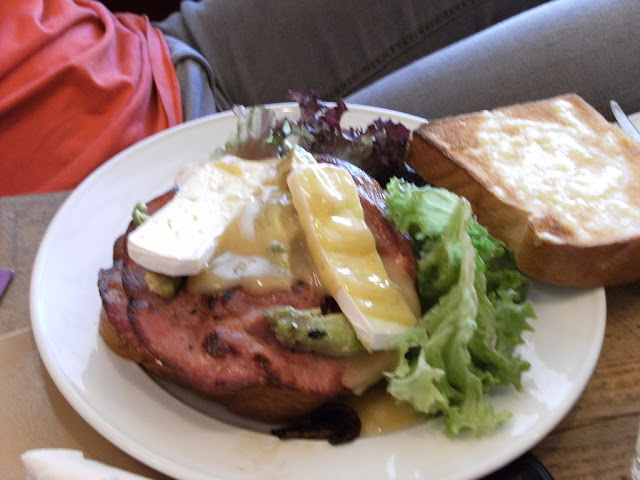 The coffee on the other hand – in this case a cappuccino – came garnished with so much chocolate powder Robyn suggested spooning it off to make hot chocolate back in our hotel room. 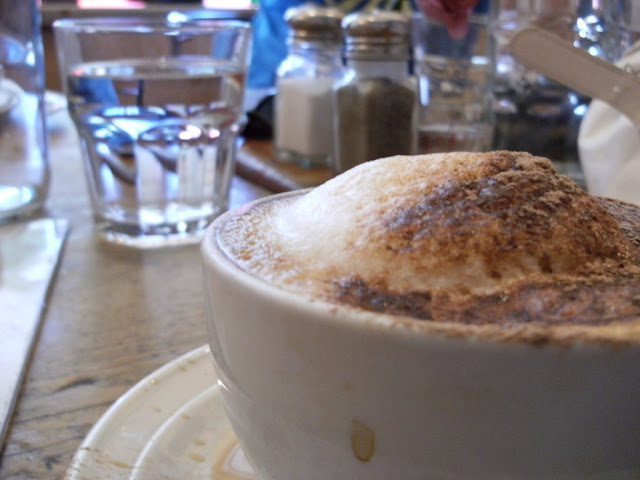 Robyn still scored this a generous 7/10

Last night’s dinner was at a Chinese restaurant with a generic, forgetable name. Having a Chinese speaker (or a learner) at the table with us was an advantage – the Chinese pages of the menu were designed to obfuscate dishes the owner felt westerners like us would not appreciate. The helpful waiter recommended the place up the road if we were on the lookout for authentic Chinese cuisine. But we stayed. The crispy duck was sensational – as duck is wont(on) to be. The Chinese beer – the Tsingtao – was also good. 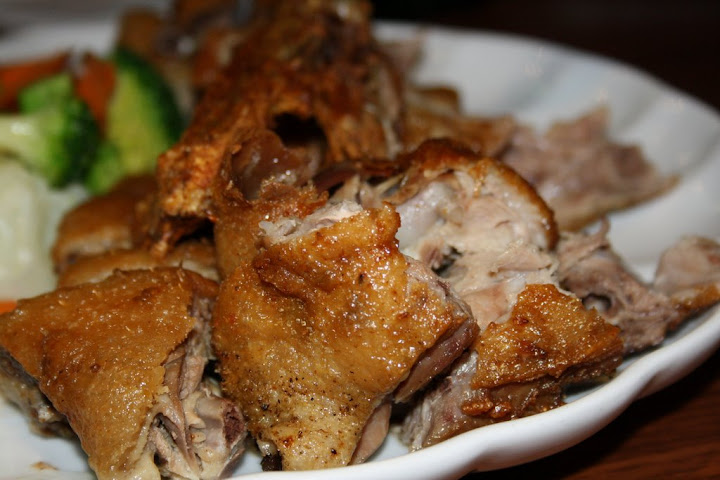 I told Robyn’s little sister that we’d book some haunted accommodation to really make her first (and mine) overseas jaunt extra dramatic. She’s a dramatic person. There’s a wind tunnel type effect creating ghost noises outside our room at Living Space – and we had to furnish the room with our own ghosts to complete the experience. 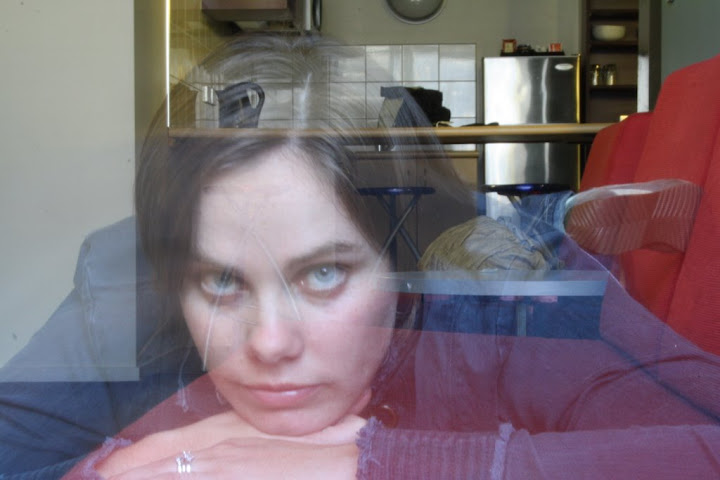 Who you going to call?

Today we made the trek to Arthur’s Pass – from the comfort of our car. I’ll have none of that stuff the kiwis call “tramping” on my holiday. I’ll have to write about that later – we’re off to Hamner Springs early on the morrow.