It is rare that I step into the murky world of dating and singleness. I just don’t like the flak that comes the way of married people who dare to raise their heads on the issue. But we were all single once… and I’m a guy, and I have single male friends and single female friends, and I realise this is a murky issue and a real struggle for many people – but the problem is compounded by a bunch of myths and misconceptions that are rarely discussed. This post isn’t for you if you’re the kind of girl just waiting for a guy to man up – and it isn’t a post urging guys to man up. I wrote one of them before somewhere (or two). If you’re a guy bemoaning your singleness and you haven’t asked a girl out – man up. Grow some balls. Take a risk. If you’re a guy who is sick of having your heart mercilessly crushed then you should read this letter to a frustrated single man (from elsewhere). And take heart, most married guys have been there too (I know I have). Lets face it. Girls are complicated. 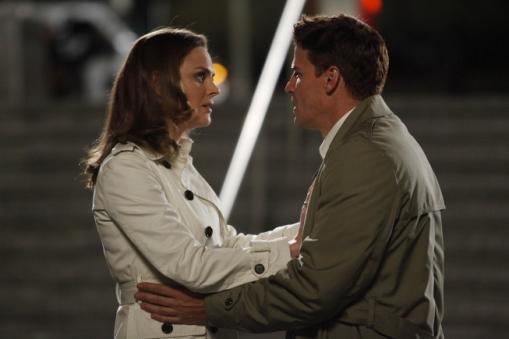 If a man in your life, an acquaintance or friend, asks you to spend some time in his company you can be almost certain that he is interested in you and that he’s actually asking you out on a date (even if it’s not specified) – that he doesn’t want to be “just friends” – it takes enormous courage to ask a girl to do stuff, because when they say no, after you’ve mustered up whatever nerve you have, it feels like you have been belted in the stomach with a baseball bat. It’s crushing and often leads to periods of deep reflection on the question of “what is wrong with me?”

Guys can’t be just friends with girls they are interested in. The same baseball bat like experience hits over and over again every time you observe other guys getting a yes where you got a no. It’s incredibly unlikely that a guy is asking to spend time with you exclusively because he wants to be your mate. If he asks you to dinner, to a movie, to go for a run, to have coffee, to do anything where it’s just the two of you – and you aren’t related – then he’s interested. In his mind one-on-one time is basically a date, and asking you to spend such time is essentially a case of asking you out. And if you’re not, you should say no straight out. Don’t let him down gently. Don’t string him along looking for an opportunity to ease him into it. Rejection hurts, but the longer you drag it out, the more it hurts. And the crueler it becomes.

The worst situation is to be “the brother I never had” – because then you get all the emotional baggage of a relationship with none of the payoff. Hollywood writers know this. They play on that tension with the poor geeky guy all the time. It’s the tension the TV show Bones is built on. And if it frustrates you watching Bones destroy Booth’s heart over and over again then take that lesson and apply it to your life. It seems girls in Christian circles don’t watch enough of these movies and TV shows. Because they seem to sail into these murky waters in negligent or reckless oblivion. I’m sick of sitting by watching guys hearts get messed with by girls who don’t understand this one, foundational idea, guys, 95% of the time, aren’t really interested in being your “mate” – they’ve got all the mates they need, and they don’t want to pile that list up with people who have rejected them.

Relationships are hard work. Love doesn’t happen overnight. You’re not committing to marrying the first guy you go out with. Give a guy a break. If you enjoy hanging out with him in groups, or in one on one settings, don’t hang out for Mr Right – hang out with the guy Mr Right in Front of You. A bird in the hand and all that proverbial jazz.

Most Christian guys have problems – part of becoming a Christian means you recognise you have failings. The ones who don’t appear to have problems are probably arrogant or harbouring some sort of deep seeded emotional issues anyway, scratch the surface of most guys and they’re probably incredibly insecure when it comes to relationships or entirely too scared of commitment to be worth pursuing (that’s why they’ve dated all of your friends and none of the relationships have lasted). If a guy seems to have it together, can hold down a job, and is passable at conversation then he’s probably a winner. It helps if you find him moderately attractive.

Stop hurting my friends. It’s harder being a guy than you realise and you’re just compounding the singleness problem by making the risk of asking a girl out too great and the dating process too serious. If you’re thinking about marriage on or before the first date you’re probably doing it wrong. You’re making it worse for all of your single friends who are dying to have a guy ask them out because you’re making relationships seem out of the reach of mere mortals. You’re also blurring the lines between friendship and guy/girl relationships so that nobody really knows what’s going on. And I’m sick of trying to pick up the pieces on both sides.

22 Comments → The Myth of “Just Friends”