This isn’t a great sermon up until the 2 minute mark. After that time it is a terrible sermon. Skip to it. The mind boggles.

“You have not just a right to bear arms. You have a duty… if I’m supposed to love my neighbour and can’t protect them, what good am I?”

This is brilliant. This gun, called the BugASalt, kills insects with just a pinch of salt. You can pledge some funds, safe in the knowledge its already hit its target, to grab yours today. Sure beats swatting.

Here’s what you get if you, or in this case, if a guy named Christopher Baker, collect all the patent pictures labelled “toy gun” since 1800, and you put them in one picture. There’s a video of the picture being generated at the link.

Here are some of the patent images. 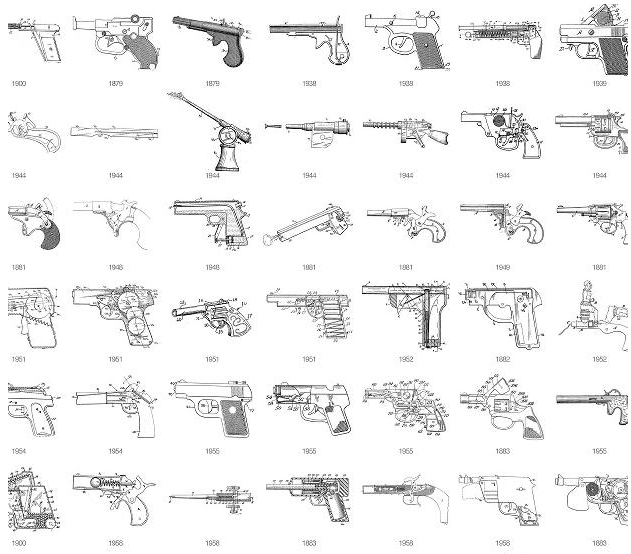 You may have missed previous tips for surviving the impending Zombie Apocalypse here at St. Eutychus.

But here’s something to add to your survival kit. Or to add your survival kit to. A customised shotgun containing a survival kit. It’s almost a one-stop-shot. Aha. Ahaha. Lets see how people laugh when you’re saving them by blowing the heads of zombies, or teenagers in hoodies (accidents happen), with this bad boy. This shotgun customisation comes with built in compartments for all your basic needs, and a mounted torch/compass/knife combo that will keep you mangling zombies in the dark. And what survivalist shot gun wouldn’t be complete without a Bible verse. This Letter of Note is fascinating and awesome if you are a fan of James Bond, accuracy in fiction, or the idea that a passionate fan can speak out and influence process. Otherwise it’s a piece of history that might come in handy at your next trivia night.

Some background is important. Ian Fleming wrote the James Bond stories which became the James Bond movies. He received a letter from a bloke named Geoffery Boothroyd who didn’t like the gun Fleming had given Bond. It turned out Boothroyd knew a thing or two about firearms.

“I have, by now, got rather fond of Mr. James Bond. I like most of the things about him, with the exception of his rather deplorable taste in firearms. In particular, I dislike a man who comes into contact with all sorts of formidable people using a .25 Beretta. This sort of gun is really a lady’s gun, and not a really nice lady at that. If Mr. Bond has to use a light gun he would be better off with a .22 rim fire; the lead bullet would cause more shocking effect than the jacketed type of the .25.

May I suggest that Mr. Bond be armed with a revolver?”

Fleming liked this commitment to accuracy so much he named a character after Boothroyd. The character who later became famously known as Q.

The letter Fleming sent Boothroyd is below, and a transcript is available at Letters of Note.

Take your dog for a walk past PETA’s head office with this bad boy. 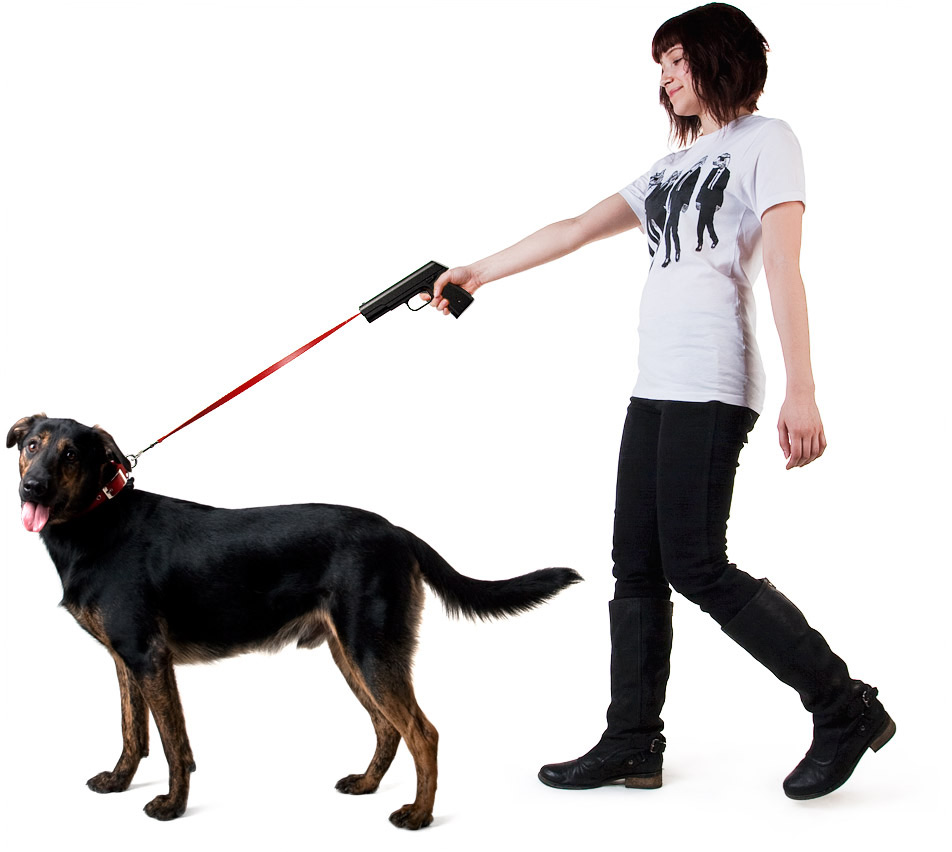 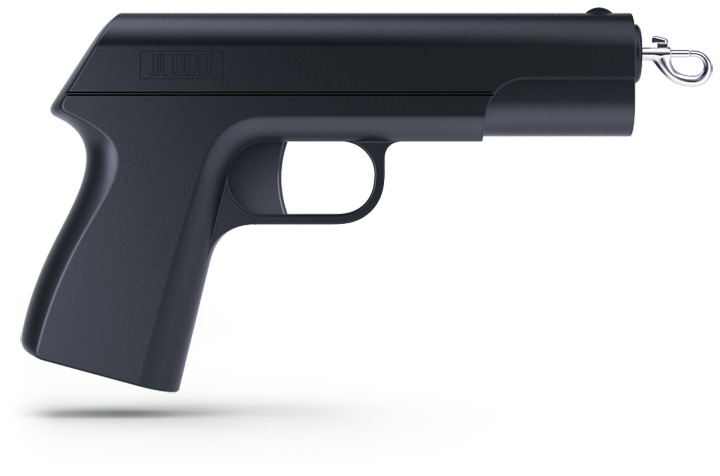 Still in the concept stage, I think, but worth keeping tabs on if you’ve got a canine and a sense of humour.

Jack Streat builds guns. Awesome guns. Made out of Lego. They fire lego bullets. This is what happens when boys don’t stop playing with their toys. There are videos of his guns in working order on YouTube.

The manufacturer of this toy must have listened to Benny Hinn’s “Holy Ghost Machine Gun” sermon – here’s God, the action figure, replete with AK-47… umm. Fail. Still, he’s clearly a male, so the maker’s theology is better than K-Rudd’s… and Bonhoeffer probably would have used an AK on Hitler given the chance… If you live in the US one of the hardest things about being a quadriplegic is that you can no longer exercise your right to bear arms. Unless you arrange to go hunting with a mouth controlled shotgun.

For a quadriplegic, firing a shotgun requires help from a companion. In Mr Cap’s case, a friend sets up the contraption, safety on, on Mr Cap’s wheelchair and Mr Cap aims the shotgun by moving the toggle switch with his mouth. Once his partner releases the safety, Mr Cap fires by sipping on the breathing tube.

I don’t want to make light of Mr Cap’s situation – but how cool would it be to have a shotgun that you could control with your breathing.

Scarily enough – this guy is Australian.

Ok, so the last word in that title is pretty contrived. But it’s late, and I’m waiting for Robyn to put the finishing touches on the first draft of her reports.

But, contrived or not, this hose fitting makes it much easier to feel like the tough gangster type when you’re watering your herb garden. Though perhaps a concentrated stream of water isn’t the best thing for those delicate plants…

We all know a good mashed potato needs just the right amount of seasoning. Which becomes easier if you can manage your dosage in caliber form… with these awesome salt’n’pepper pistols.

So Peter Piper now packs his pick of “pinch” or pepper… that was poor.

Anyone reading my blog over the last few weeks may think I have an unhealthy obsession with guns. They’d be wrong. I have an obsession with unhealthy guns – most perfectly epitomised by this the Ba-K-47. An AK 47 made entirely out of bacon.

Mmm. Bacon. There are many more pictures of this piece of bacon architectural awesomeness here.